She's Not the Same Girl 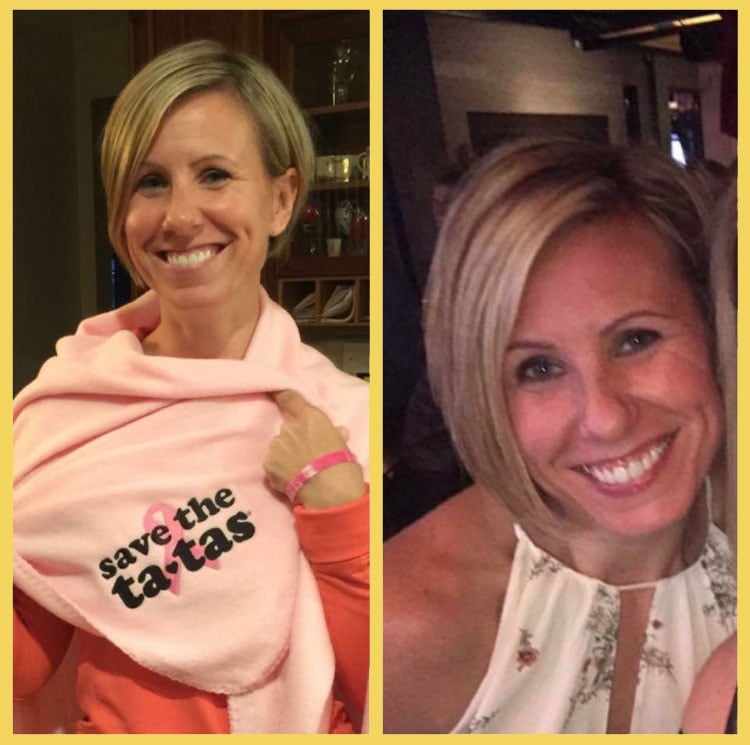 Once upon a time, a little girl named Jaime was born in 1976 and named after the bionic woman – Jaime Sommers. Since the bionic woman is her namesake, Jaime feels the need to live up to her name. Jaime led a busy life – juggling a busy career as a real estate appraiser and a mother to two daughters.
Unfortunately, Jaime was diagnosed with breast cancer at the age of 39 in June 2015. This diagnosis made her stop and reevaluate her life 100%.
She had a double mastectomy and reconstruction!
Jaime was in a marriage that was not working very well for her, as she was supporting the entire family with working 80+ hours per week. The long hours and pure exhaustion were taking a toll on her happiness and the marriage.  After she recovered from her surgeries, Jaime decided to file for divorce.
In her new life as a loving single mother to her kids, she immersed herself in personal development, self-reflection, and looking inward on how she created the life for herself that she did. She took seminars, classes and week-long immersions. Any program where Jaime could learn about herself, her faith, the universe, energy, and why she does what she does, is where you could find her.
It has been incredible, to say the least. Healthwise, she had been doing wonderful, until June 2017 whereas the doctor had to do another reconstruction because the alloderm was not holding up the breast. She also had to have a hysterectomy, so the doctors did both the reconstruction and the hysterectomy at the same time.
In July 2017, she had both the hysterectomy and the reconstruction completed and they all went well until August 2017.  After a few days of pain, an infection was found on the cancer side of her left breast.
She was hospitalized for 5 days so they could try and rid her of the infection with IV antibiotics, and make sure the infection did not hit her bloodstream. After 2 days and very little improvement, they had to remove her left breast completely. Now, remember – she is single, 41 years old, and this is not the coolest thing on the planet for her with her new, 3-month-old relationship.
One of the BIGGEST things she learned was to surrender and trust the process. She knew this was happening for a reason bigger than her and she is the messenger for it. Luckily, her family and friends were super supportive, and on the day before she was released, she thought she needs to create something to go inside the bra to pretend she still has a breast there. This is when her nonprofit organization came to life.
“The Original Cozy Breast”, a breast prosthesis, was then invented by Jaime. It is a handmade breast made out of a cozy, lycra material and soft fiber that is placed into the bra, so you can wear it out on the town and feel somewhat normal. This product was inspired by Jaime’s journey so that other women battling cancer can feel comfortable as they go about their daily lives post-operation. Jaime launched www.YourBoobtique.Com - an online store where friends and family can purchase items that women need after their surgery - that Jaime did not know she needed and it made life challenging after surgery.  Items such as: light weight hoodie with drain pockets sewn on the inside pocket for the drains after the mastectomy instead of them being safety pinned to the hospital bra. She has zip-front cozy sports bras as women cannot mobilize much of their upper body after surgery,. She also has small aprons for the drain pockets when one is at home and not wearing the hoodie, and cozy blankets, cozy socks, and many things needed for survivors on their journey to bring them more joy. Jaime is in the process of developing many other products and launching in coming weeks/months.
Jaime really made a big shift in November 2017 when she attended her first Tony Robbins Event - Unleash the Power Within.  At the event, there was an exercise to make two decisions for your life; one was big and one was small.  Jaime made the decision in November 2017 to go more towards her passion of helping others in life rather than continuing where she was.  There were speakers at the UPW event and one was " OsteoStrong," and Jaime loved the concept as it tied into her story of helping people.  OsteoStrong can increase your bone density and women with breast cancer can lose a lot of their bone density through medications and chemotherapy treatments.  Jaime knew this tied into her story.  Jaime left corporate America in February 2018 and bought three franchise locations in the St Louis area: Ballwin, Lake St Louis and Wildwood.  Jaime opened OsteoStrong Ballwin in July 2018, Lake St Louis will be opening in January 2019 and Wildwood in summer of 2019.  Jaime simultaneously opened "The Cozy Breast," and "YourBoobtique."
For Jaime, cancer was the biggest blessing in her life, it changed her COMPLETELY and she would not change one day of her life for anything. She did have a final surgery in October 2017 and got her left breast back, and all is well. She already has completed one speaking engagement, and currently finishing her book which will be published early to mid 2019.  To get in touch with Jaime: you can go see her at OsteoStrong Ballwin - 110 Holloway Road, Ballwin, MO 63011 or go ahead and send her an email at:  Jaime@osteostrong.me or yourboobtique@gmail.com.  You can also call her at OsteoStrong at 636-697-3902 or 314-566-2468!
Her mission/purpose in life: "Shine my light, Embrace my Story, and touch as many lives as I can."

“She has fought many wars, most internal. The ones that you battle alone, for this, she is remarkable. She is a survivor.”
- Nikki Rowe

Learn More About Our Nonprofit Organization

No one can understand you better than the people who have experienced the same journey. Allow us to share Jaime’s breast cancer story, and be inspired by her strength and courage to face all the trials she went through. Purchase her autobiography book titled “She’s Not the Same Girl” to learn more about her battle with breast cancer. Contact our nonprofit organization for more details. 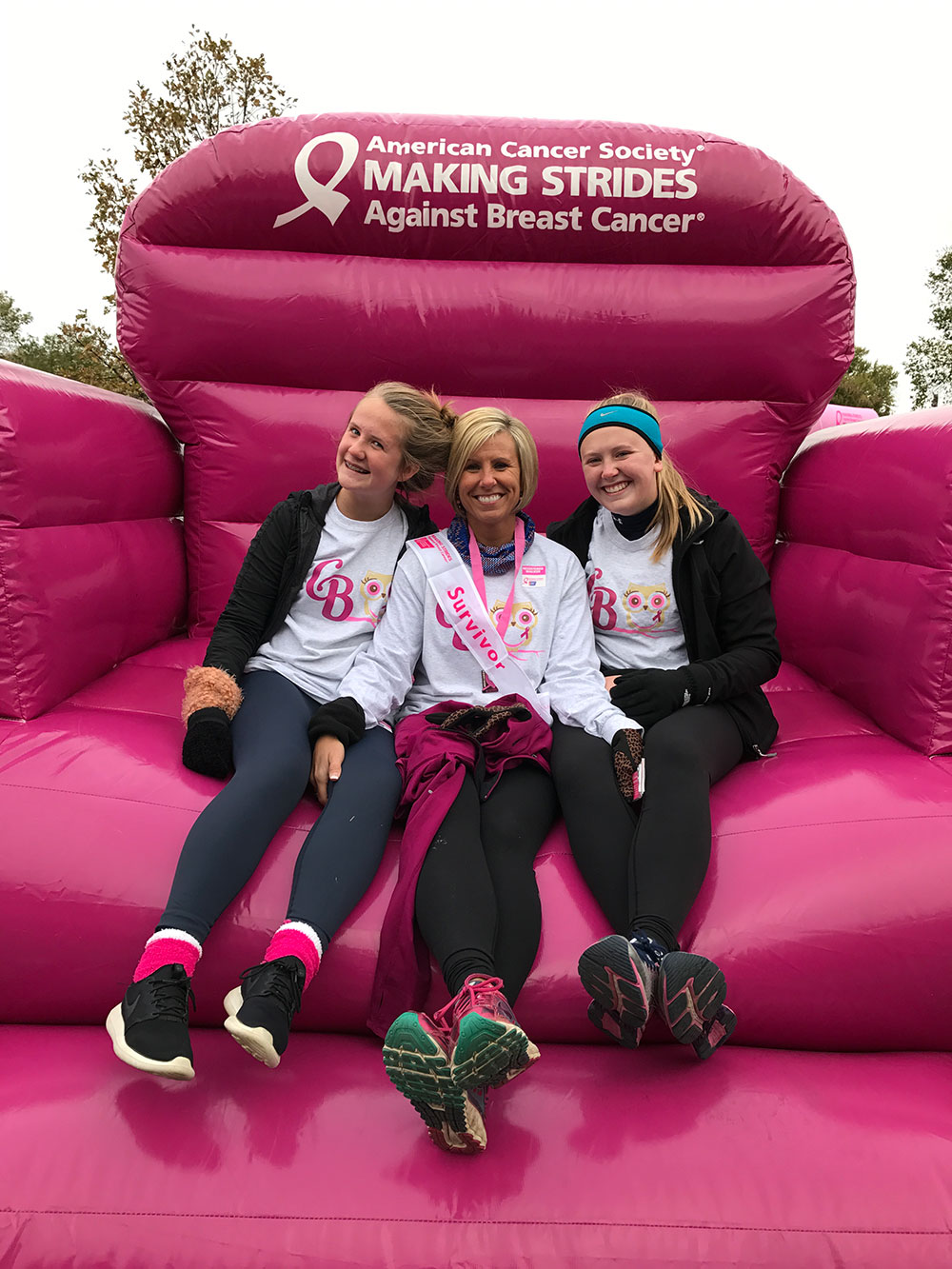 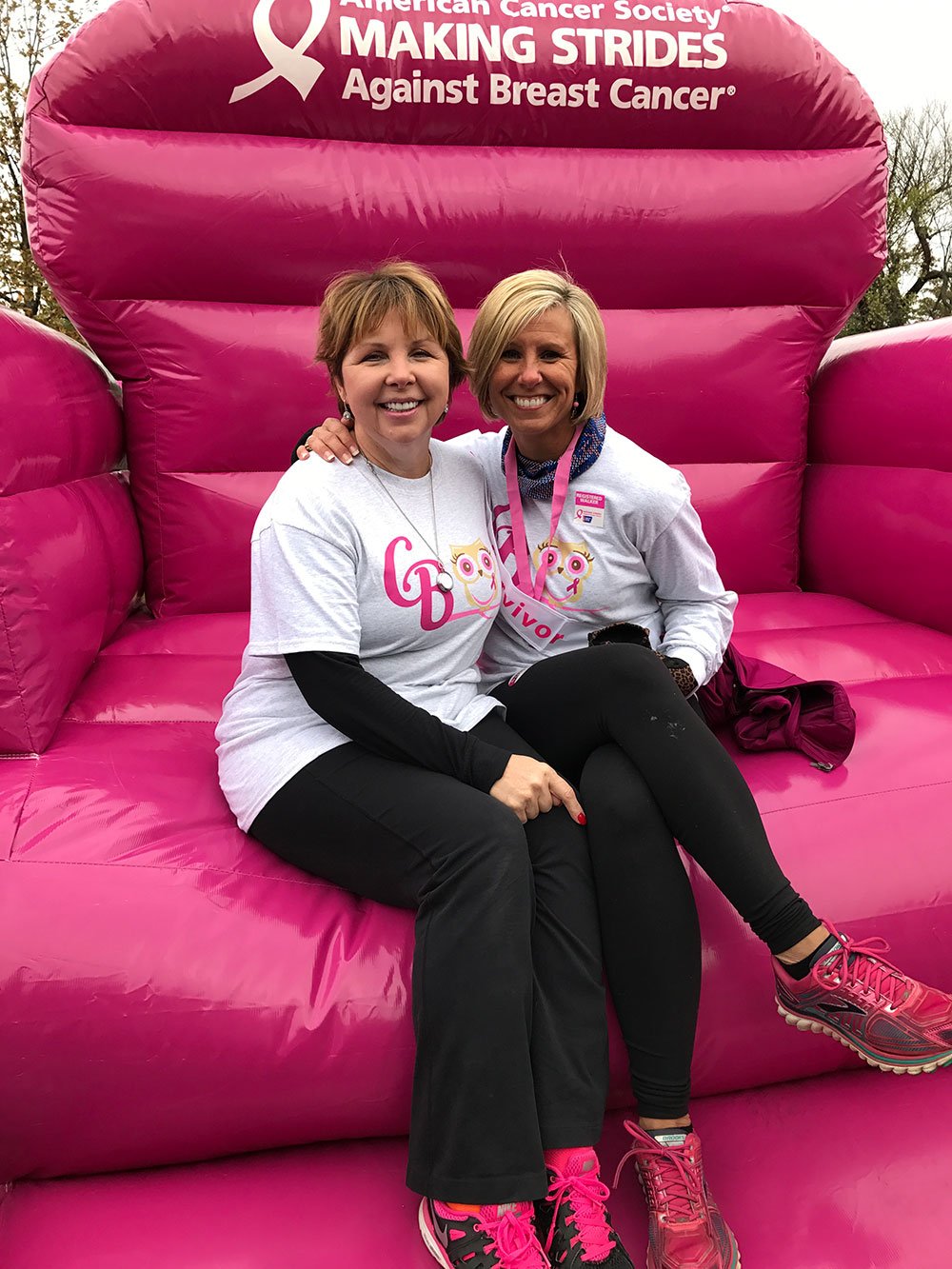 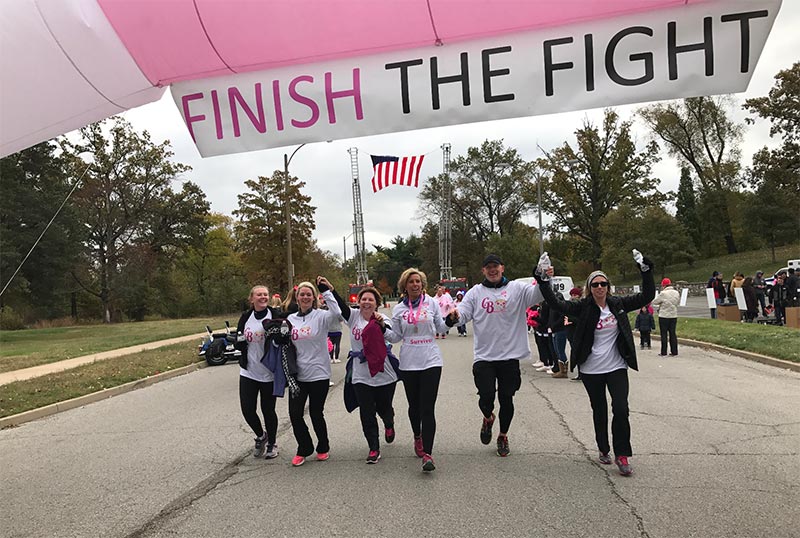 Understanding the basics on information collection & use

We may request that you voluntarily supply personal information for purposes such as receiving correspondence, registering on a Web site, making purchases, or participating in online surveys or market research. If you elect to participate, you may be asked to provide information, including your name, mailing address, phone number, or e-mail address. When you submit personal information via this website, you understand and agree that we may access, store, and use your information.

Information you provide will be safeguarded according to industry-standard security and confidentiality because we recognize and appreciate the importance of responsible use of the information you choose to provide.  Names and other personal information that you supply via this Web site are not shared with or rented to anyone.

Security measures are in place on this Web site to protect against the loss, misuse, and alteration of information you provide. We apply industry-standard security measures available through your Web browser. When you are on this Web site, the information you provide is collected via secure web-based upload. Please remember that e-mail, which is different from secure web-based upload, is not secure. Therefore, do not send confidential information to us via unsecured email.

This Web site is directed at adults. We do not knowingly collect or use information from children. Should children access this Web site, we are confident that parents will not judge any of the information provided as objectionable for viewing. If you are under 18, you may use this Web site only with the involvement of a parent or guardian.

By using this Web site, you consent to this posted Privacy Policy. If you do not agree with this policy, please do not use this Web site. We reserve the right, at our discretion, to change, modify, add, or remove portions of this policy at any time. Your continued use of this Web site following the posting of changes to these terms means that you accept these changes.